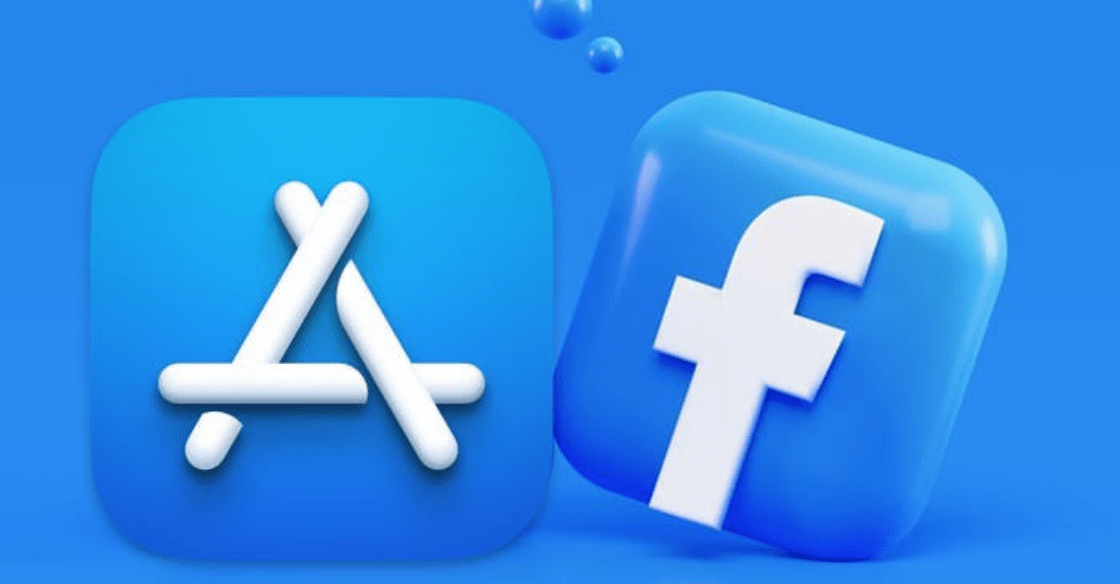 In late April, Apple announced the implementation of a new “App Tracking Transparency” feature on all iPhones.

The new pop-up intends to protect iPhone users from the unwanted, and perhaps covert, collection and sale of their data through apps like Facebook, Snapchat, and more. It does so by alerting users that certain apps may track user data on different apps. This feature is part of the iOS 14 update, which features a new look and layout for iPhone and iPad home screens and default app icons, better-optimized organization, compact calls, and more.

To read about all of the newest features, take a look at Apple’s marketing graphic.

Apple has become somewhat of a crusader for data privacy advocates. In 2016, they famously denied the FBI access to a suspect’s iPhone, with Apple CEO Tim Cook referring to that decision as part of a “civil liberties issue.” A similar controversy arose after the launch of Apple’s Siri, leading users to wonder when their iPhones were actually listening.

Over the years, Apple has shown continued commitment to ensuring the safety and security of user data, so the new transparency pop-up comes as no surprise to many.

However, it has caused quite an uproar over at Facebook, a social media platform that has profited off of user data for years. In 2015, Facebook’s CEO and Founder Mark Zuckerberg even admitted to giving data away to dozens of companies.

Facebook launched its Ad sector back in 2007, and one can only guess how long they’ve been involved in user data collection. It wasn’t until December 2015 – in another famous case involving Cambridge Analytica – that most people were even made aware of the accusations against Facebook regarding the sale of data. Before that, and even today, Facebook’s data collection activities have been carried out mostly behind the scenes.

This blog will discuss what the newest Apple feature means for Facebook, and how the feud between two tech giants can, and likely will, affect you as a consumer or a business owner. 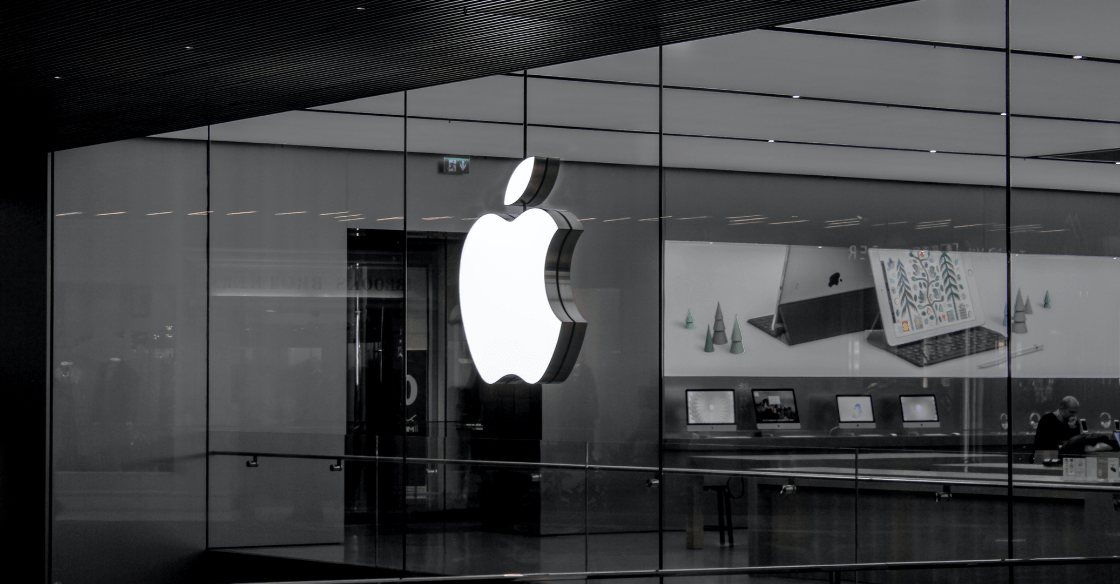 Why Did Apple Do This?

As previously stated, the Apple brand has committed itself to the protection of user data.

When you buy an iPhone, you’re also getting ultra-secure, total device encryption and data sharing settings, and Apple is constantly coming up with new ways to keep its user information safe.

However, there are still roughly 1.96 million third-party applications in the App Store with data collection and privacy standards of their own. This means that users can download an app and unknowingly agree to have their activities tracked across different iPhone apps and sent back for use.

The Pros of Data Collection

Of course, there are many benefits to data collection. First and foremost, many third-party apps collect data to improve their user experience.

Advertising companies mine that data to create personalized ad experiences instead of generalized ads that seem totally irrelevant to certain individuals. Overall, data tracking does improve an individual’s experience on the World Wide Web by making it more personalized

The Cons of Data Collection

The biggest problem with data tracking? We, the users, don’t have much choice when it comes to sharing our data. A recent study revealed that 72% of surveyed consumers don’t trust other companies with their information, which is why Apple wanted to give its users a choice: to allow data tracking across apps or to refuse. 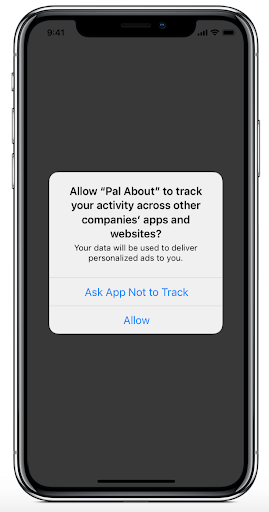 If you haven’t seen Apple’s recent ad about App Tracking Transparency, picture this: when you first open an app after updating to iOS 14, you’ll be prompted by a pop-up that reads, “Allow [App] to track your activity across other companies’ apps and websites? Your data will be used to deliver personalized ads to you.”

You’ll then have the choice between “Ask App Not to Track” and “Allow”. Once you make a selection, Apple changes your data collection settings for that specific application. If you opt-out of tracking, the app only has permission to track activity that happens while on the app. If you allow for tracking, you’re permitting the app to track your activity while on other apps as well.

This year, Apple estimates there are over 1 billion active iPhones worldwide. If the new Tracking Transparency feature reduces the amount of app tracking, it could have a massive effect on Facebook’s profits. As a result, Facebook is urging its users to allow activity tracking, reminding us that it improves the personalized experience.

Zuckerberg has also warned that the update will affect “millions of businesses around the world,” and responded with a matching feature in hopes of combatting the effects of Tracking Transparency. Now, when users open Facebook, they’ll see a pop-up screen containing information about tracking and why it’s important to tap the “Allow” option when prompted. 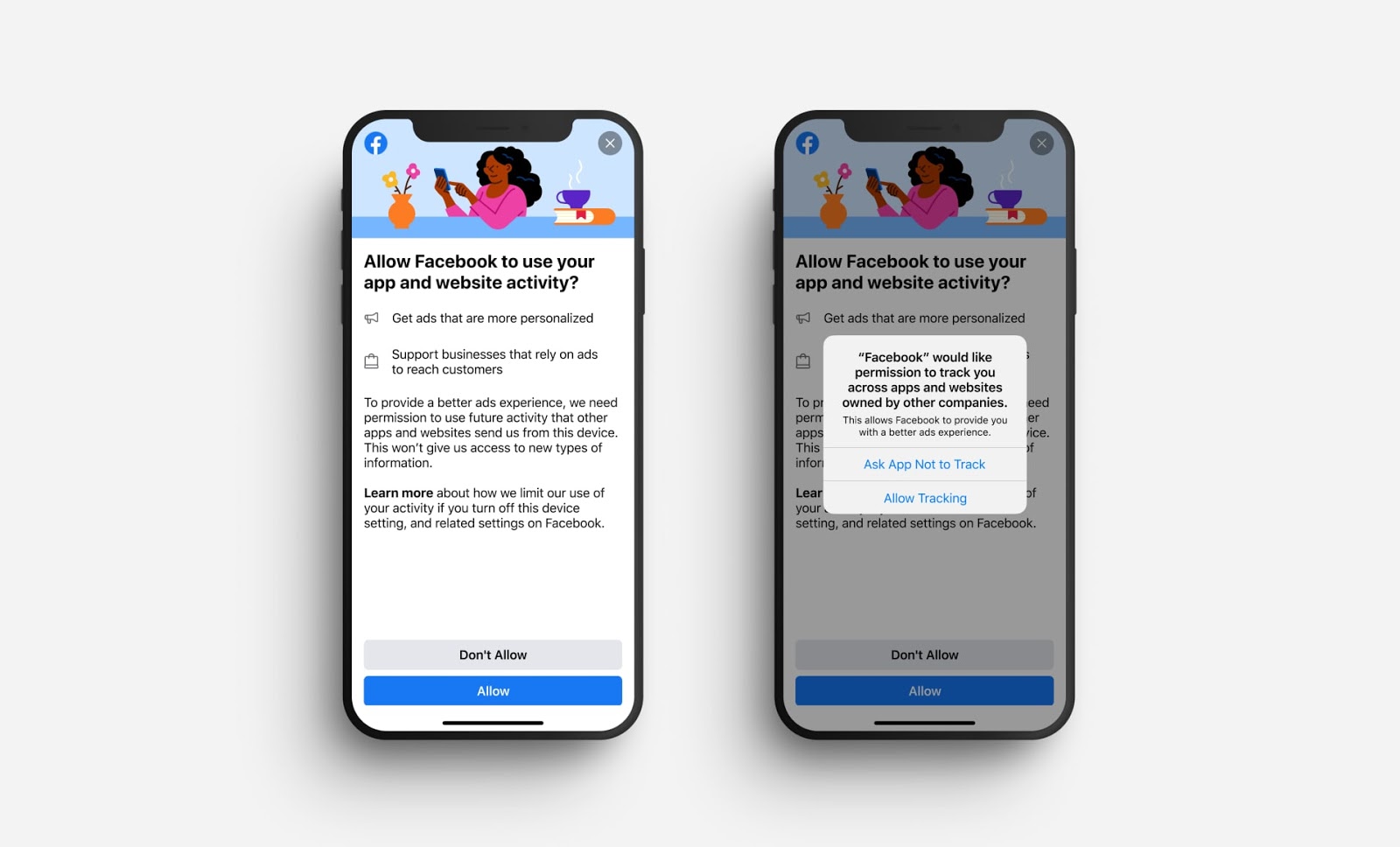 How Does This Affect Me?

This iOS 14 update is a pretty big deal when it comes to data privacy in 2021. As a consumer, your privacy is now being highlighted anytime you download a new app – you no longer need to jump through hoops to change your data tracking settings.

By opting out of app tracking, you’re agreeing to a less personalized ad experience (based on iPhone and iPad data), but for many, that’s a price worth paying to avoid non-stop targeted ads.

If you’re a business owner who uses Facebook Ads, Tracking Transparency could have a much larger effect on you. Facebook relies on the data it collects from users to optimize ad services. Targeted ads are more effective than a standard approach, so the initial downfall for businesses could be huge.

It may take time, but Facebook’s algorithm will need to readjust for the lost data. Lucky for you, Apple hasn’t implemented this update on laptops and computers and it’s unlikely they will. As long as a user’s cookies are turned on, you’ll still have access to some valuable user data that can be optimized for ads.

What Can I Do?

First, assess your needs as a consumer. If you don’t care much about data tracking, allowing it can improve the user experience of various apps. Whenever possible, read through an app’s privacy settings before downloading. Decide what you’re comfortable with and make decisions there. If you’re running Facebook ads, optimize your data tracking to in-app activity and continue analyzing the iPhone and iPad data that comes in. Standardizing your ad strategy to some degree also can’t hurt!

It’s no surprise that the largest operating system in the world and the largest social media platform in the world often butt heads. Apple and Facebook are at the mercy of one another when it comes to data privacy, and it’s impossible to say whether this feud will end soon. As the operating system, Apple holds a lot of power when it comes to decisions over data collection and consent from consumers.

To learn more about Facebook Ads and how to adjust your marketing strategy in light of Apple’s recent update, send us a message.