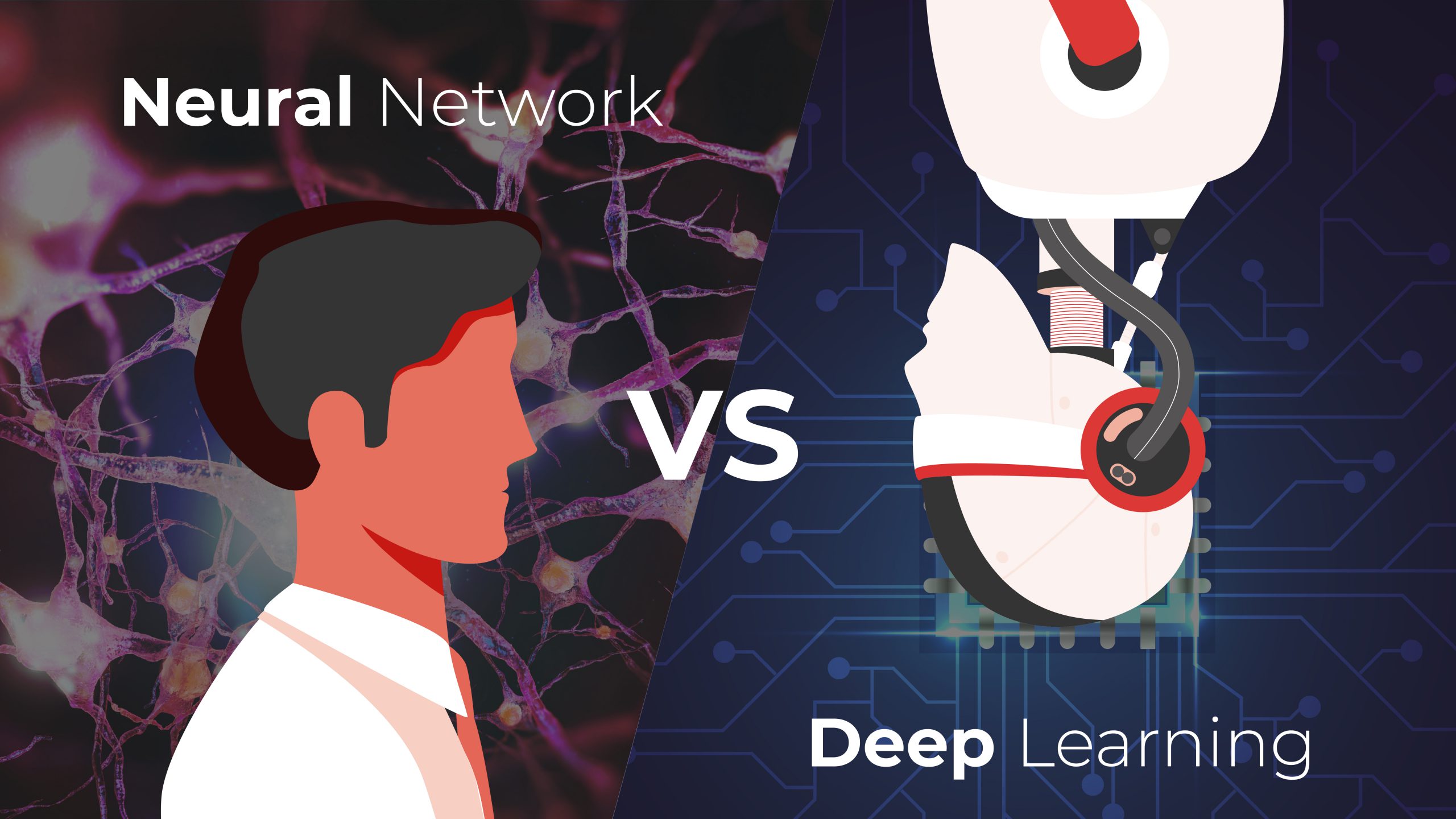 Although the terms “deep learning” and “neural networks” have been used interchangeably, it’s essential to understand their similarities and differences. Let’s look at what both of these terms mean and show examples of both in real-life scenarios. 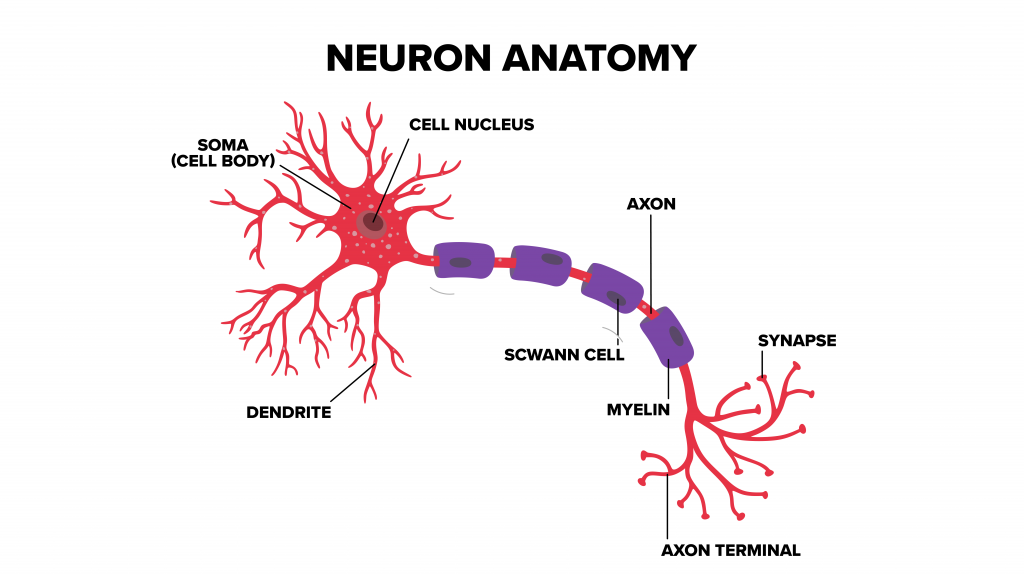 What are Neural Networks?

The basic unit of computation in the neural network is a Neuron. Neurons take input, process it through multiple Neurons in multiple hidden layers, and produce output through the output layer.

Biological Neurons are the fundamental units of the brain and nervous system. The cells are responsible for receiving sensory input from the external world via dendrites. They then process this sensory input and give the output through Axon terminals.

Biological Neurons inspire the general model of the neural network in machine learning. This model is called a Perceptron.

A perceptron is a single layer neural network that gives a single output. The image below shows a model of Perceptron: 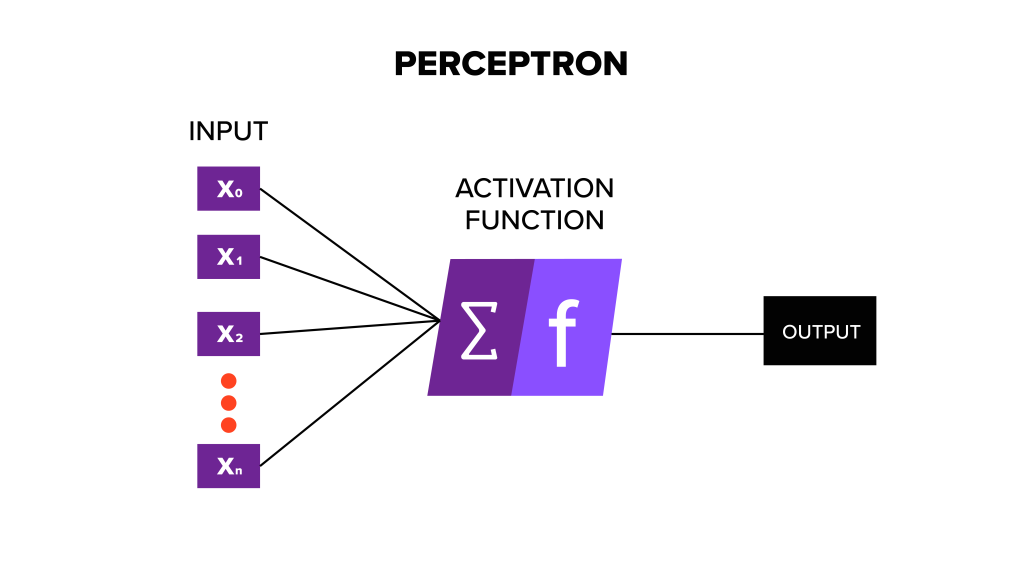 In the above figure, perceptron, x0, x1, x2, x3…xn represents various inputs (independent variables). Each of these inputs is multiplied by weights, which are represented as w0, w1, w2, w3….wn.

In the Perceptron, the products of inputs and weights are summed and fed to an activation function to generate an output. 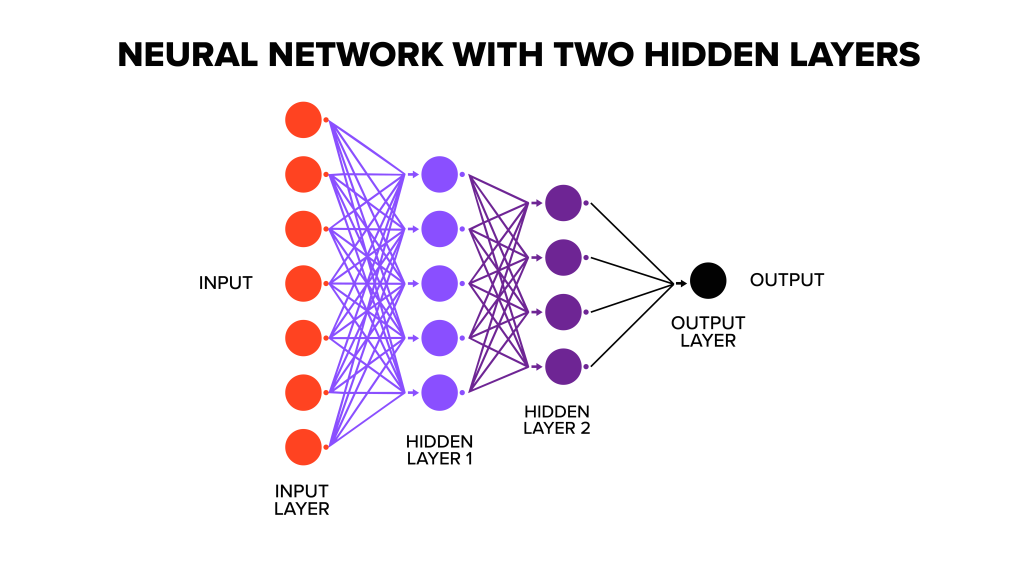 How Does a Neural Network Work?

Neural networks take in several inputs (as we see in the above image). They also initialize weights at this step. The neural network then processes this information through multiple Neurons from multiple hidden layers and returns the result using an output layer. This output estimation process is known as Forward Propagation.

To minimize the loss, weights that are contributing to the loss need to be updated. While traveling back to the Neurons of the network, all the derivatives across activation functions are calculated using the chain rule, and weights are updated accordingly. This process is known as Backward Propagation.

Backward Propagation is only possible if the activation function is differentiable. To minimize the loss, the neural networks can use several algorithms, but the most common algorithm is Gradient Descent, which helps optimize the task quickly and efficiently.

The learning rate decides how quickly or slowly you want to update the weights of the model.

With the advancement of computer technologies and artificial intelligence, the digital world has undergone a massive change. There are many practical uses for neural networks. Here are some:

Here is an example of image processing and character recognition at work:

The neural network plays a significant role in fraud detection in banks. We train networks to decipher and convert handwriting on checks into text using image processing. This character recognition of handwriting and signatures helps prevent fraud.

Now that we understand neural networks, we can discuss deep learning and how it differs. 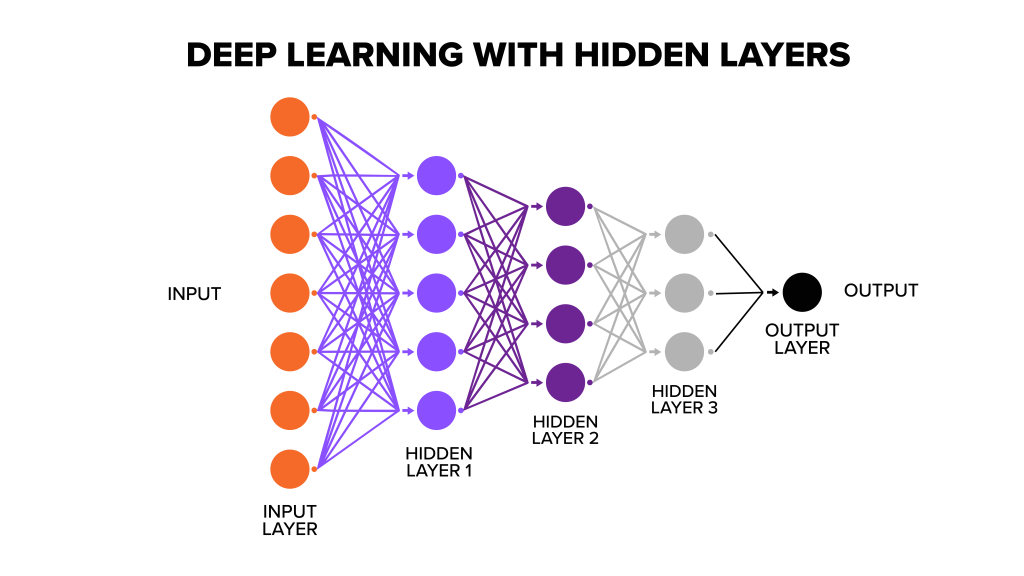 But with the increase in unstructured data (text, images, videos, voice) in today’s digital world, feature engineering with a good model is very difficult and time-consuming. A deep learning network solves this problem.

Deep learning networks do both manual feature engineering and the network learns by itself. This ongoing process is why it becomes more efficient over time. 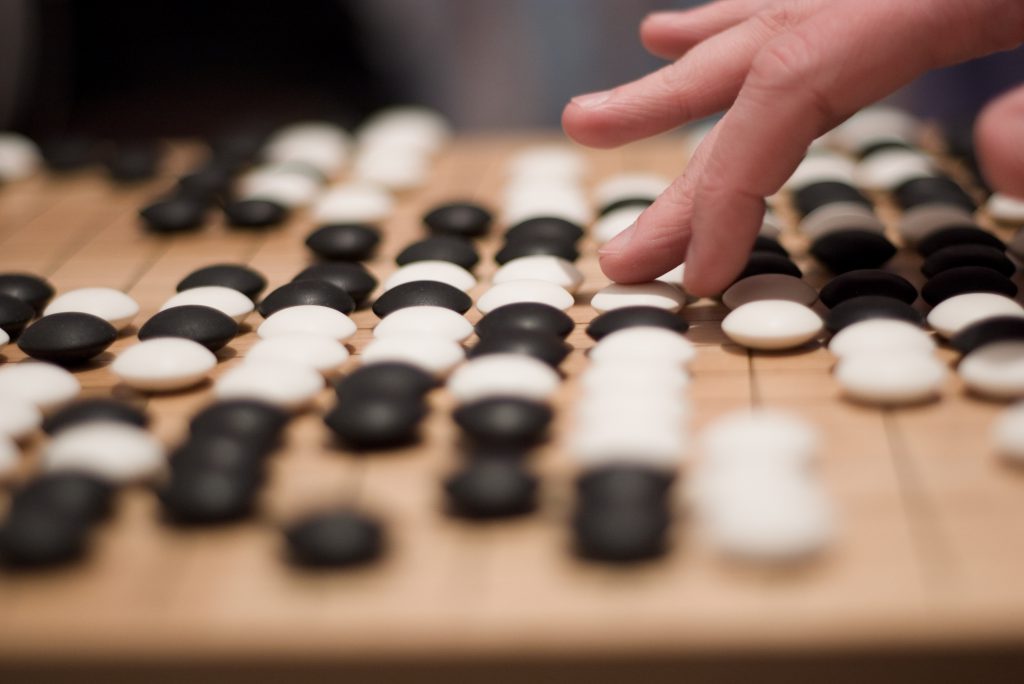 AlphaGo by DeepMind: An Example of a Deep Learning Network

AlphaGo by DeepMind is the first computer program to defeat a human at the abstract strategy board game Go.

In October 2015, AlphaGo played its first match against the three-time European Champion, Fan Hui, and won 5-0.

In March 2016, AlphaGo competed against legendary Go player Lee Sedol, a 9 dan ranked professional Go player and the winner of 18 world titles. AlphaGo and Sedol played five games and AlphaGo won 4 out of 5 of them. Two hundred million people worldwide tuned in to witness this historic event.

With those wins, AlphaGo earned a 9 dan professional ranking, the highest certification in Go. This was the first time in history that a computer program received such an accolade.

AlphaGo played several inventive winning moves during the games, several of which were so surprising because we thought they needed years of experience to execute. Go Players of all levels have extensively examined these moves since then.

There are many things that deep learning networks can help create. Some examples include:

Let’s discuss an example of Deep Learning in Marketing:

Thanks to artificial intelligence, a website’s chatbot is running smoothly. Customers have a seamless experience because of speech recognition. These intelligent machines are a result of deep learning, which can analyze a customer’s emotions and tone. If the customer responds poorly to the AI chatbot, the intelligent machine can reroute the conversation to a human customer service agent that can handle the issue.

Let’s list out some significant differences between neural networks and deep learning. 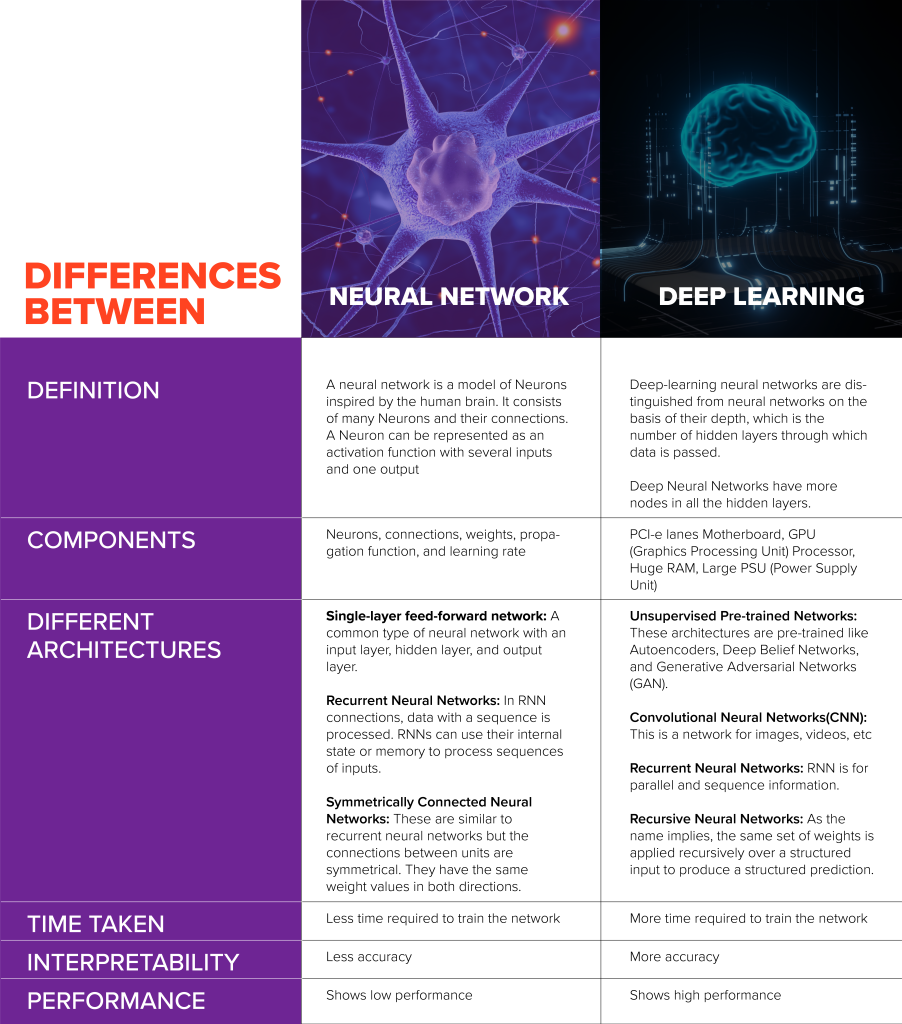 There are three different types of neural networks in deep learning: ANN, CNN, and RNN. These networks change the way we interact with the world and play a vital role in the evolution of deep learning.

Artificial Neural Network is just another name for a neural network. ANNs are named after the artificial representation of biological Neurons.

ANNs develop algorithms that can be used to model complex patterns and prediction problems.

General tasks that use ANN include:

CNN is a type of neural network that deals with image and video data. We can also refer to it as Computer Vision. CNN works like our eyes. It uses kernels to extract the relevant features from the input using the convolution operation. 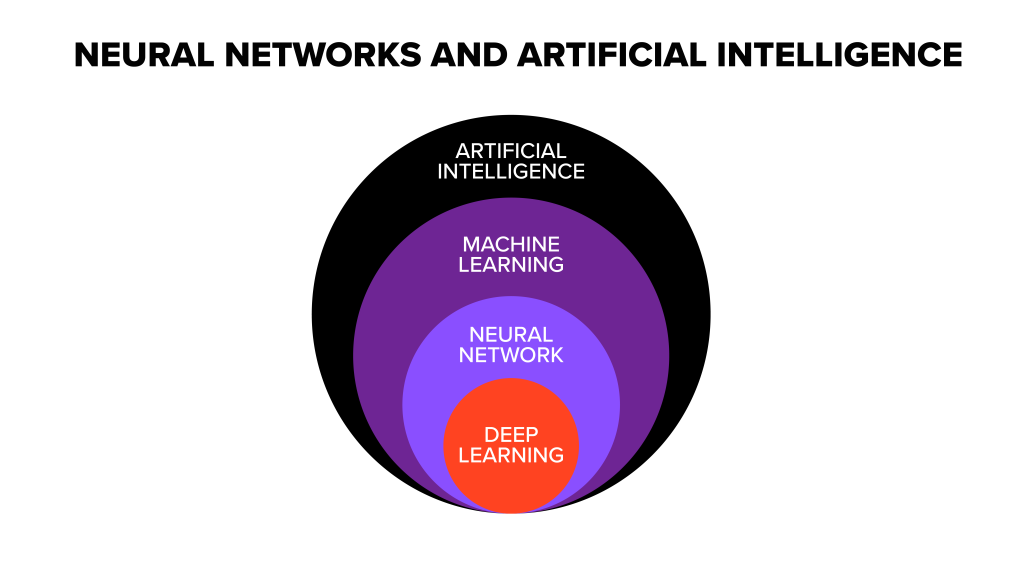 So what is the relationship between deep learning, neural networks, machine learning, and artificial intelligence?

Artificial intelligence helps automate intellectual tasks that are typically performed by humans. AI is composed of machine learning and deep learning fields. AI can make an intelligent machine that learns by itself once it’s trained properly.

In today’s digital world, many companies are using artificial intelligence for both big and small tasks. AI refers to a broader concept of machines being able to carry out tasks more efficiently than humans.

Deep learning came onto the scene a few years ago with the growing amount of data in today’s digital world. Deep learning is a subclass of machine learning methods that study deep neural networks.

Deep learning networks learn by themselves and make decisions on their own. Deep learning performance improves with time. In the example with AlphaGo, the software kept learning with every game and improved its strategy with this data.

Artificial Intelligence is a compelling and exciting field and we are seeing the impacts of AI on the modern digital world.

Neural networks and deep learning techniques are some of the most capable AI technologies for solving very complex problems. Marketers will continue to develop and leverage these strategies in the future and we will see new applications for these powerful tools.