INDUSTRY:
Transportation
COMPANY SIZE:
50
BUSINESS GOAL:
Discover hidden patterns and insights in data
The name of the company is not revealed based on the data privacy of our client. 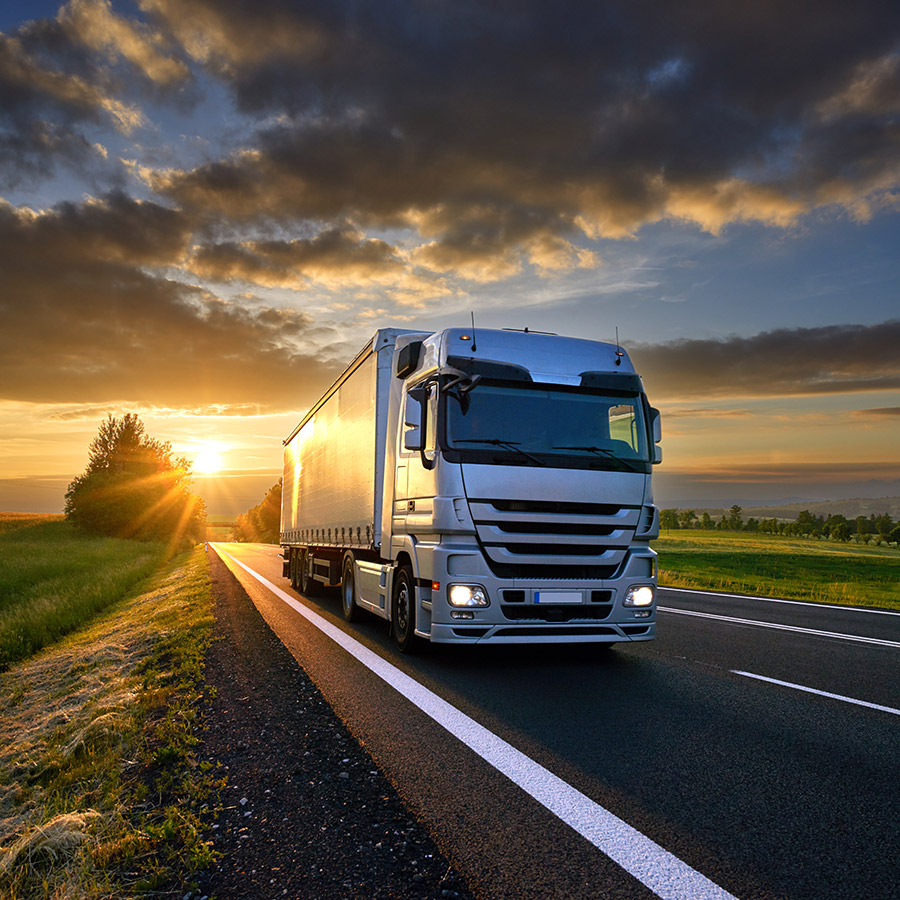 Our client is an industry-leading shipping consulting firm that specializes in innovative and intelligent distribution strategies, LTL shippers, and delivers volume parcels. They also offer superior audit services to quickly generate bottom-line savings. Due to their comprehensive marketing practices, they were able to collect well-structured data across different channels. Their goal was to reap the benefits of their hard work to use this data to provide insights into the growth of their revenue. That’s where we came in. We took the initiative to implement in-depth quantitative analysis, machine learning, and data visualization. Using our knowledge and skills we were able to predict at least 29% growth in their month-to-month revenue.

*We will only be sharing a year of data and our stimulation on it for confidential purposes. For data security purposes, the visual plots only display the relative value rather than absolute value.

The client, being a visionary, was quick to realize the importance of data. Hence was active to collect data via Google Analytics, Google Adwords, Salesforce and Pardot. The purpose of using these platforms was to gather data about the users visiting their website, their behavior, what kind of content attracts users via ads, details about potential leads and storing information about their sales. Our data science operations on cross channel data sources have given us some valuable insights.

Trusted all over the marketing community for its capability to collect data, GA can definitely get insights about user behaviour, demographics, and website KPIs but it can be more useful by setting up right goals which actually helped our client.

Being surrounded by a lot of competitors, it is important for our client to not only have well performing Google ad campaigns. There were a lot of A/B testing being done and a healthy amount of data being collected and studied.

Using a CRM is crucial and nobody can argue the benefits of using Salesforce Marketing Cloud as one. Salesforce incorporates integrated solutions across different platforms, including social media, mobile, email, website advertising and more.

When you are in a B2B business like that of our client where there is a long process to close the deal, you need something like Pardot to store data at each step of the sales cycle and analyse it later to establish a better process down the line.

The core reason behind this project is to improve conversion rate, to get higher quality leads, and to increase the closing rate by sales.

The main study that we have done revolves around Google Adwords, Google Analytics and Salesforce. Although the conversion rate is key, it’s also very important to use other data aspects such as user quality, features and demographics.

One of the most important KPI is Users.

By tracking the performance of this metric, we get time-series data.

The conversion rate was one of the client’s biggest concerns and the below data visualization makes the case for it.

After observing the data from Google Analytics we came to the conclusion that the main traffic source was actually from blogs. The challenge was that these blogs were targeting Users at the awareness phase of the funnel and thus had low conversion rate. Our recommendation was to improve the blog’s internal links and CTAs to boost the conversion rate.

Analysis: This implies that the decision to convert span needs multiple sessions. It could also indicate that the e-commerce loyalty program and email marketing efforts were successful in targeting existing users to get them to return to the site. Once we dug deeper, we figured out that it takes multiple sessions to reach a decision point when the session is initiated by an employee with no buying power and is someone who will recommend the product to his/her manager/supervisor. It also tells us that retargeting will be one of the best strategies for this particular business. (This insight refers to Google Analytics Academy. For this pie chart, it only visualized data from 2019-01-01 to 2019-03-31)

It can also be used to identify the most profitable area of marketing. From the data, it is clear that users mainly came from CA (16.4%) for this time period. This aligns with the special attributes of client’s services.

If we dig deeper, we can see that there are also a decent number of users from TX (8.32%) and NY (7.27%). TX overall achieved a higher Goal Conversion Rate (15.18%) than CA (12.71%). This indicates these are potential areas for Client to expand their business outside CA. 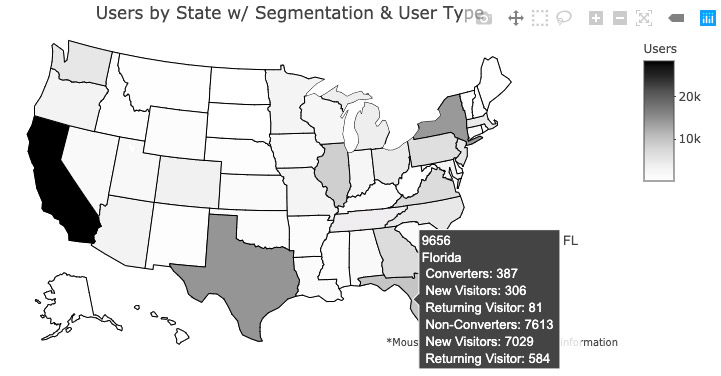 The other and most important insight was in regards to devices and browsers.

This shows that most of the conversions (for example, submitted a “contact us” form, requested a “30 Days Free Trial”, etc.) are made by mobile devices and that the mobile usability needs to be quick.

As we break down even deeper by operating system, it shows that Converters mainly use IOS mobile (40.5%) and Windows desktop (28.1%).This indicates that most of the purchases are made using mobile devices and that the mobile usability needs to be quick. This could show that Users browse at a rapid speed in Google to find which company is the best fit for them. If a user signs up for a service from a Google ad pop-up and builds a direct relationship with the company, they may not feel the need to visit their website again for purchases. This aligns with above visualization in regards to better conversions by new users. Another thing it indicates is that there is a scope to improve the user experience on the desktop.

We have done further research on users’ data which added more insights to the above section and helped our client use all of this information to come up with a better strategy.

Moving on to the most important dimension where all the hidden answers exist which is PPC.

For PPC insights in this case study, we have only used data from Google Adwords for the period of 2019. Here is an example of the data visualization that we have done to better understand data distribution and data points.

Consistent monitoring of KPIs, experimenting with new tactics and making comparisons are key points for getting insights for PPC decision making.

Campaign Clustering by the trend of CPC

We want to cluster campaigns by CPC trending because CPC implicitly tells the performance of PPC.

As you can see, after CPC is optimized and tends to flatten. Once the budget increases, the Clicks will increase and keep a stable trend. If CPC increases again, we will take additional actions. 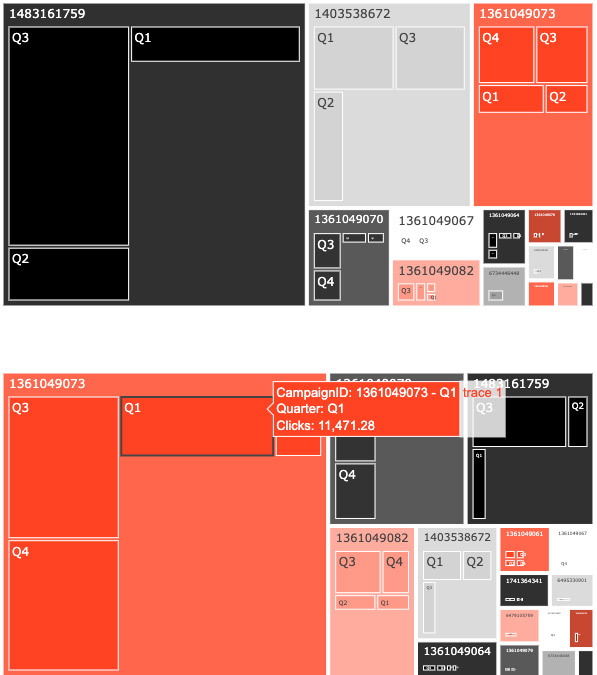 In general, Clicks have been increasing as each quarter goes by.

In order to compare the campaign performance, we have to look at campaign groups by CPC trends. 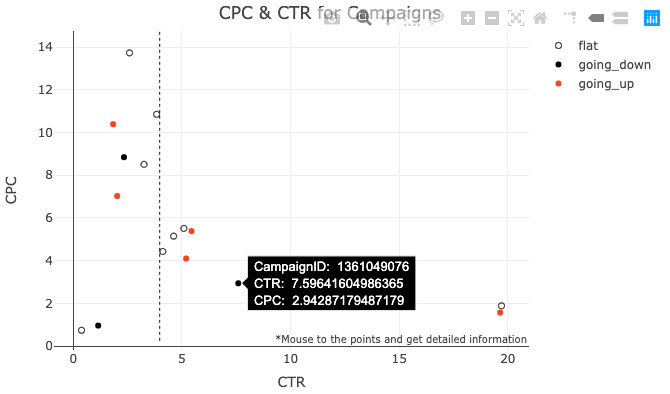 Are you ready for
growth marketing?